SAP and automation specialist SWAN GmbH is expanding its commitment to sports sponsorship and will be supporting the women’s team of Sportgemeinschaft Siemens Erlangen Volleyball e. V. from the 2019/20 season.

The ladies around captain Anja Grund delivered a sensational team performance last season and, as promoted to the Landesliga, not only earned further promotion to the Bayernliga, but also clinched the Landesliga championship. This makes them the most successful women’s team in the club history of SGS Erlangen. For the 2019/20 season, the core of the successful promoted team was kept together and strengthened by further additions. However, promotion to the Bayernliga brings with it financial challenges in particular.SWAN as sponsor and supporter In the search for new sponsors, contact was made with SWAN GmbH, in particular managing director André Nowinski. “For us, it’s important to get involved beyond our day-to-day work. So we are always looking for opportunities to get involved in sponsorship,” Nowinski said. “With SGS Erlangen, we have found a club in the catchment area of our Nuremberg location, through whose support we can promote and support volleyball in the Nuremberg metropolitan region.”

SWAN will not only act as an additional jersey sponsor, but its financial commitment will help cover general matchday costs, which have risen sharply as a result of the team’s promotion to the Bayernliga. These have multiplied, among other things due to the mandatory obligation of external referees compared to the Landesliga.

“We are very happy that we could win SWAN as a new sponsor. Through this, a burden has fallen from us and we can play liberated in the new season,” said Anja Grund, the captain of SGS Erlangen. “In addition, it’s super for us to have such a modern and progressive company as a partner. Since our team is primarily made up of students and young professionals, it’s always great to be able to establish contacts with interesting companies and thus have a successful exchange between student and working life.”

Not the first sponsoring engagement

For SWAN GmbH, this is not the first engagement in sports sponsoring. The soccer players of TSV Friedenfels have been partners of SWAN since 2017. So it was only a logical step to extend the support to other sports and clubs.

Last weekend the ladies of SGS Erlangen could celebrate their first victory in the Bayernliga season against ASV Veitsbronn. On November 2, the team will compete in Regenstauf in order to secure its second win of the season and thus come one step closer to its declared goal of staying in the league. 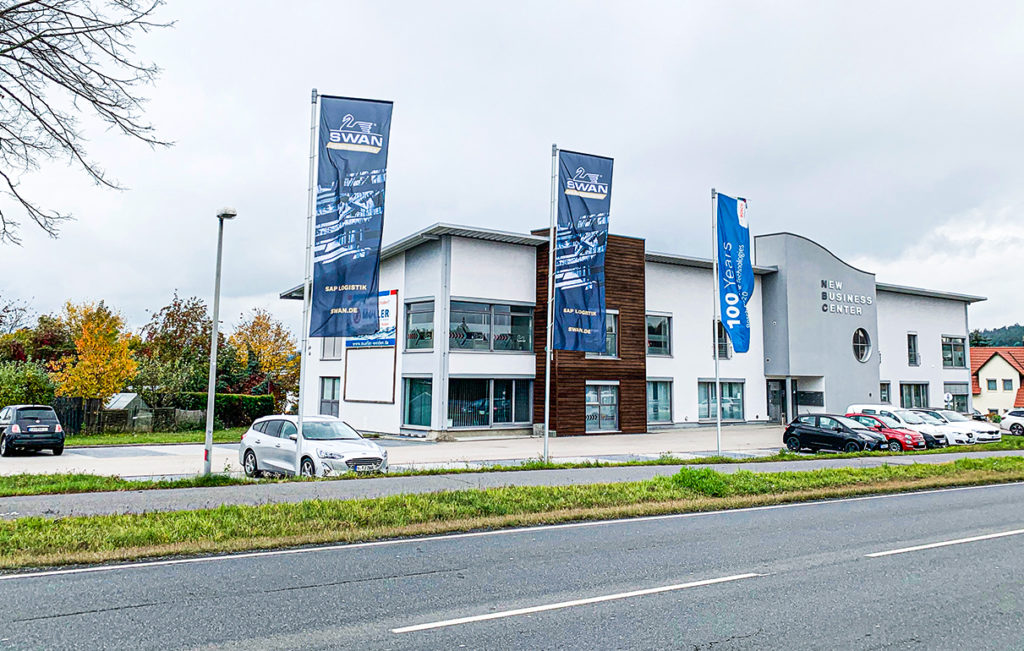